The medina as a historic urban landscape

The ‘Historic Urban Landscape’ concept in an approach that was declared by the UNESCO in 2011. It refers to the historical sites that should no longer be considered as separate entities from their broader regional context. The declaration also aims to adapt a sustainable development for these historical sites by considering their tangible, intangible, and social values. The relevance of this approach in the Medina case and its role in the planning projects of the Grand Tunis will be the subject of this article. We firstly state some project examples that were proposed to integrate the Medina in the regional urban process. Back in history, giving the fact that the Medina was submerged by the urban pressure of the modern city which was developed around it, and also, the invasion of vehicles' usage and changes in the town infrastructure. Several calls for projects were announced, and different studies were proposed in the 20th century. For instance, the Valensi project of planning and embellishment which was suggested in 1920 and aimed to avoid partitioning the Medina, however, this idea was rejected because it would have transformed the city into an unanimated museum.

On the other way round, several projects aimed to change the urban morphology of the Medina, such as opening a large urban street following the 'Bab Bhar' Gate – 'Zitouna' Mosque axis. These studies didn’t convince the authorities neither, mainly because of the risk of altering the authenticity and identity of the city.1 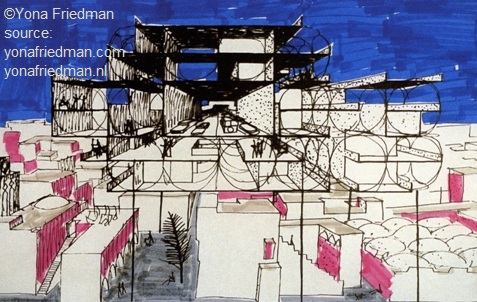 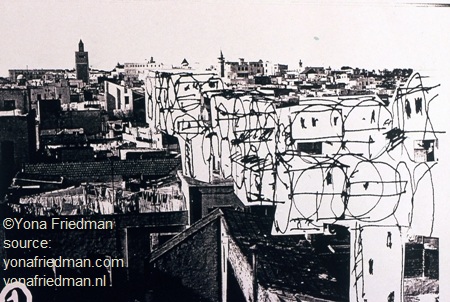 Among the remarkable and avant-gardist suggested designs also, we mention the idea of the architect Yona Friedman, that belongs to his feasible utopias (Utopies Réalisables) of 'the Ville Spatiale' research proposition. The architect proposed in 1959 to integrate the Medina under a global scheme of science and technology. He intended to transform the structure of the city by adding above it a structure wherein triangles are substituted by circular rings.2 This design concept was not widely listed in the most considered and appreciated literatures about the Medina revitalisation projects. However, even though the idea is very utopic, it encompasses an inspirational and innovative concept in contemporary urban thinking.

In reality, none of the listed proposed plans had been taken forward except for the 'Bab Souika' and the 'Hafsia' urban regeneration projects.

The social life of the Medina

To better understand and predict the social movement and everyday life in public spaces, several architects and theorists have developed practical methods and solutions, such as Jan Gehl, who strongly believed that urban design should integrate and consider people’s needs as a priority. Referring to his approach, I followed a trajectory that I analysed by observing at different times in the day how people are using the space and I recorded their presence and behavior. 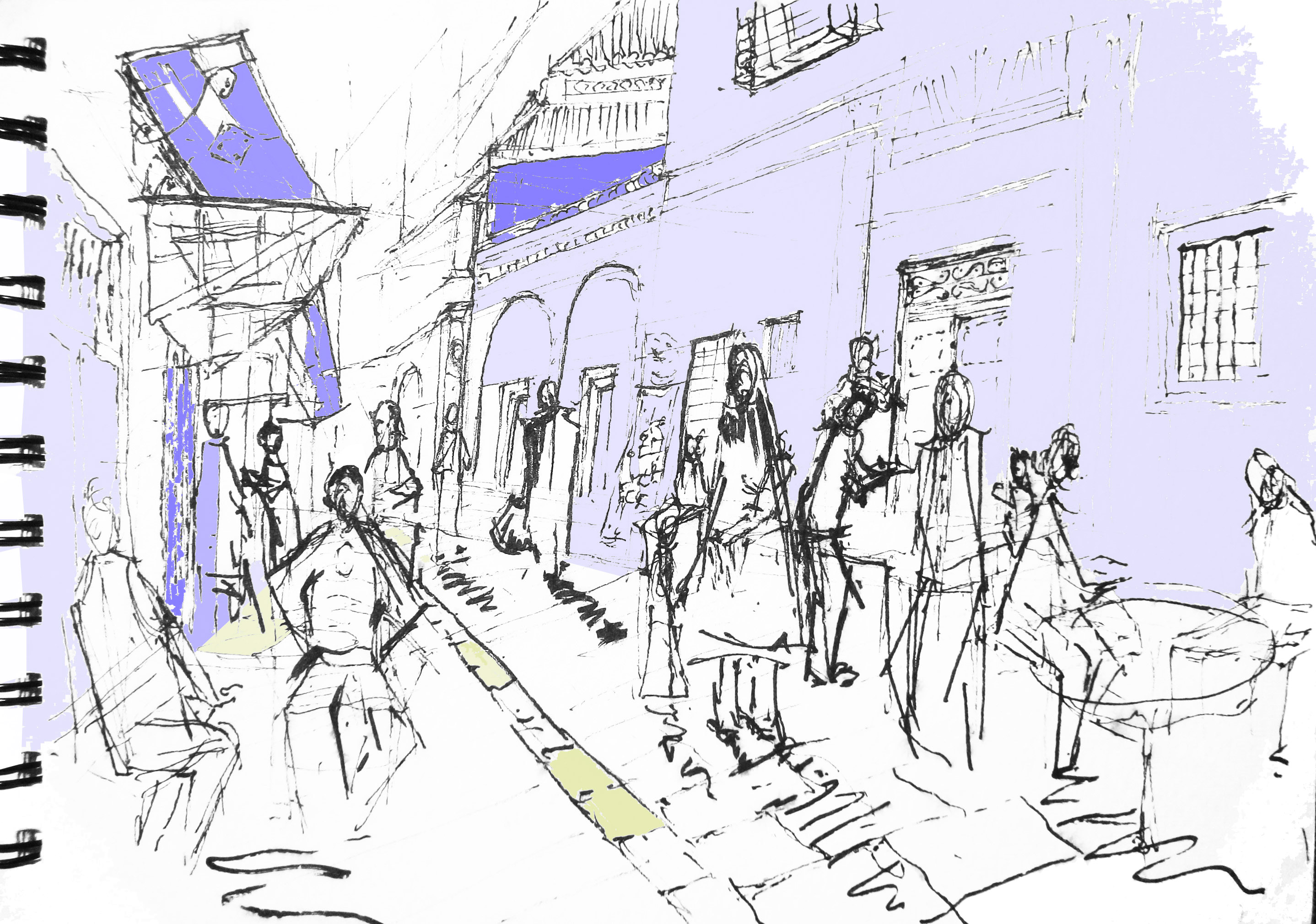 The studied pathway starts from the 'Bab Bhar' square to the 'Zitouna' Mosque and also the 'Sidi Ben Arous' street, where we find many coffees and amenities. I also walked into the inhabitants and visitors and asked about their opinion and connection with the spaces in the Medina. What I concluded from this study is that the visitors, including the tourists, like the warm and exceptional atmosphere in the city and the particular charm given by the connection between the distances and the closeness and warmth in the human experience and contact. Nevertheless, what was attested by the inhabitants also is that the Medina has much changed since the last years, and its inhabitants and users have less and less the feeling of belonging to their quarter or being familiar and secure in its shared spaces.

المدينة.. .. يا حسرة المدينة. ، تخلطت
The Medina, alas…! it has changed a lot

أنا تولدت هنا، ملي صغير عشت هنا
I was born here, since I was a child I have always lived here

The specific urban character of the Medina 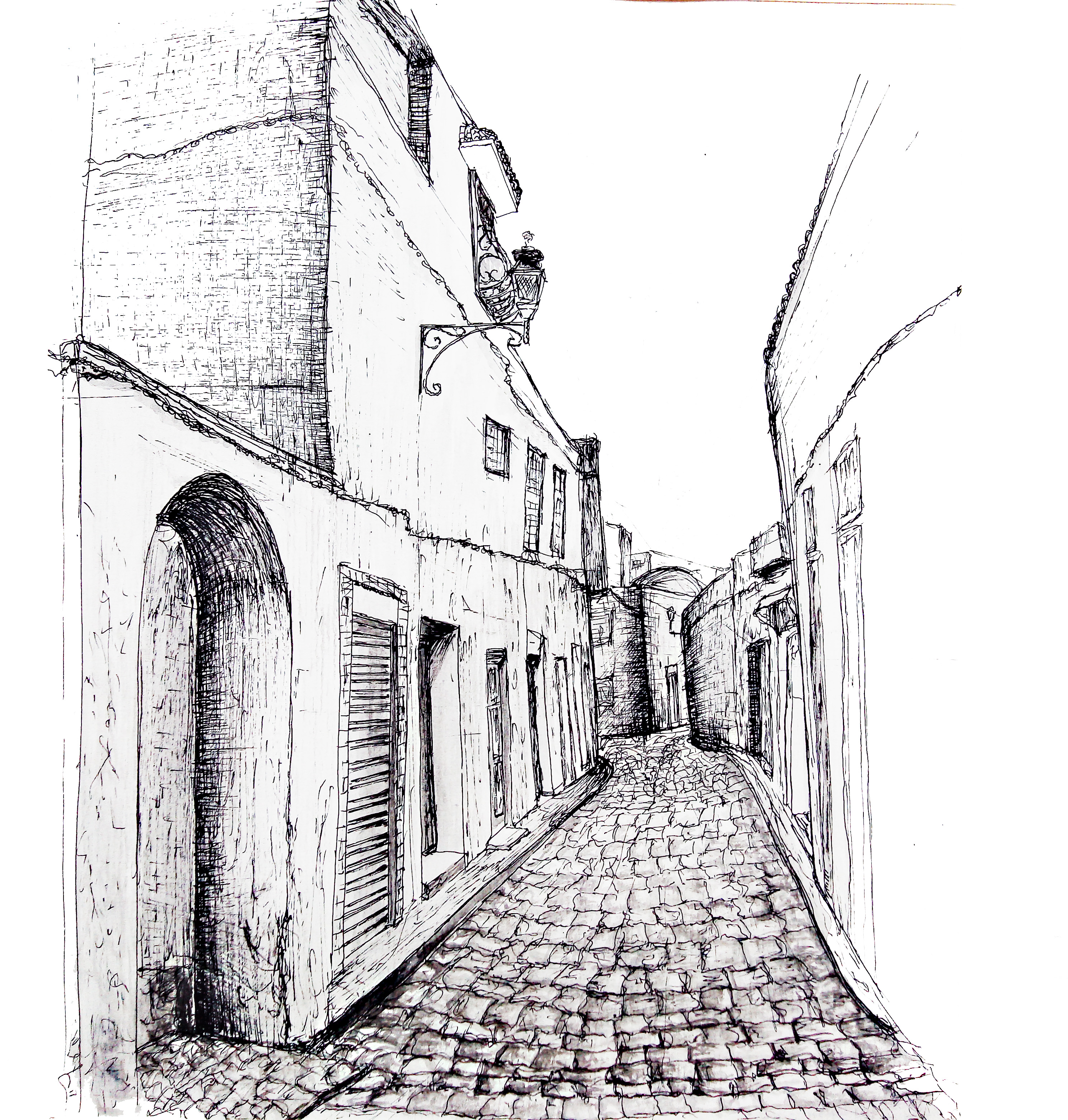 The most astonishing characteristic of the Medina also is the strategical thinking behind its organic urban tissue. The city was built according to this morphology not only for climate reasons and social adaptation, but the inhabitants also sought to preserve their intimacy and protect themselves from strangers, hence, unexpected visitors who will find it difficult to orientate themselves there. A very impressive study that was led by a group of Tunisian and orientalist architects and psychoanalysts to analyse the mutual relationship between the religious values (the Islam), the space and the human body in the city, attested that the 'imaginary representation'[2] produced in the city spaces is revealing the attachment of the Arab tribes with the desert. ‘The city is represented as a stop in the wandering space, a node and a boundary point in the nomadic space.‘ While for the houses, they are connected to their interiors, yet, their heavenly courts are connected with the sky and beyond world.3 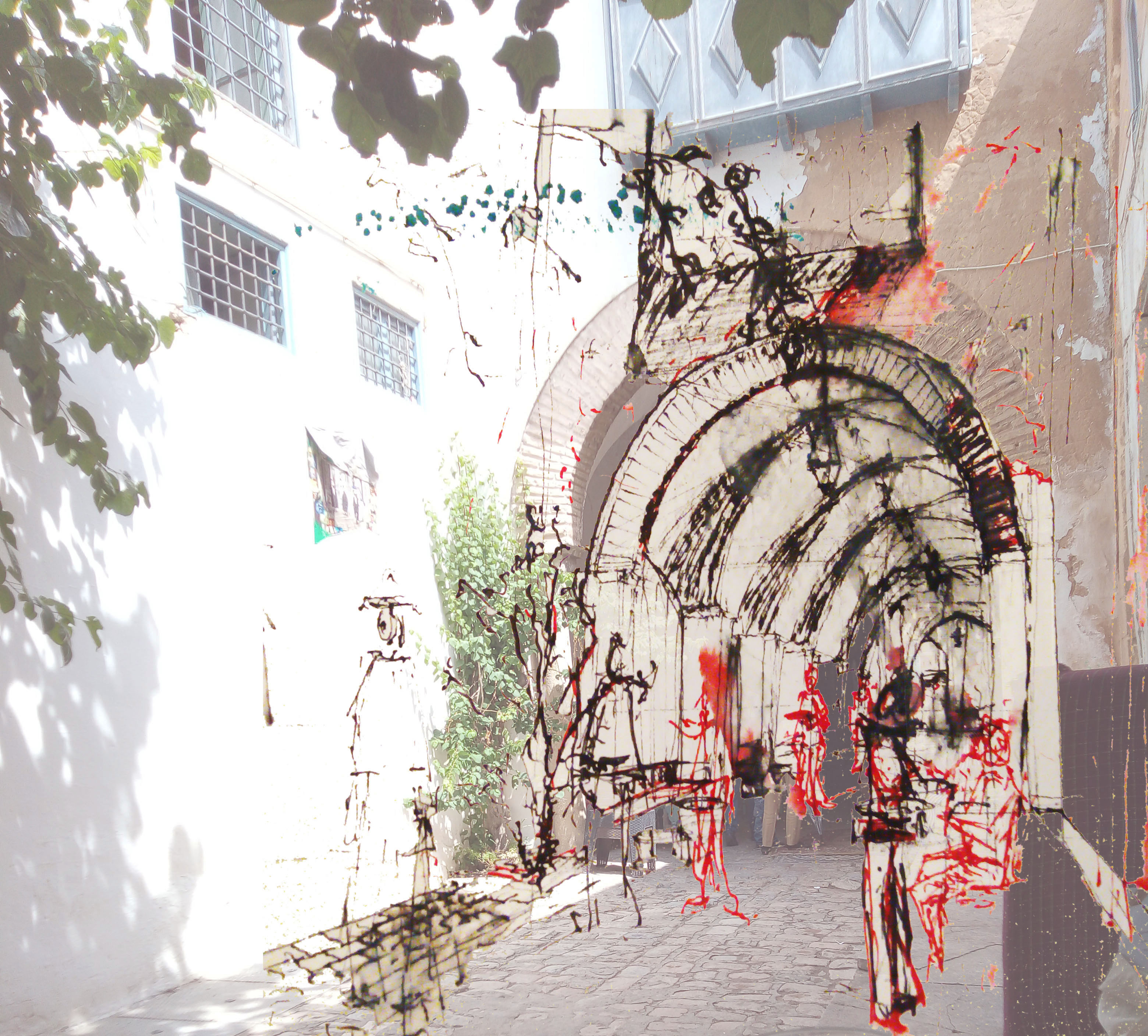 The Medina, undoubtedly, represents the 'Lieu de Mémoire' of Tunisians, a singular destination for tourists, and also an open museum that hosts different artistic manifestations which are curating the city on many occasions every year. On the other hand, the living conditions in the Medina need to be prominently studied while intervening in its public spaces. We need to better understand the social life in the city and even predict how it will unfold in the future. The interventions in the Medina should also be studied by considering the urban landscape of the historical site surroundings and the entire urban landscape of the city. 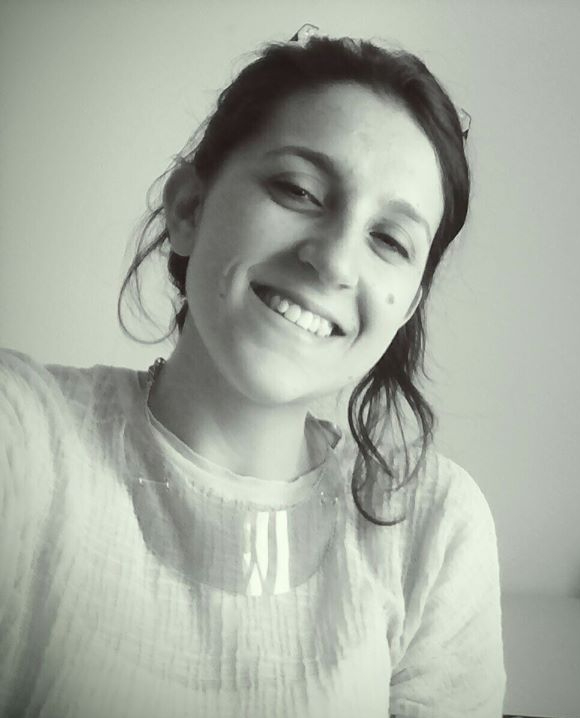 Sarah Ben Salem is an architect and PhD candidate at the Department of Landscape, Architecture and Urban Planning at Szent István University in Hungary (Academia, LinkedIn).

[1] Attestations given by city inhabitants and users, in Tunisian Arabic dialect and their close translation to English.

[2] Representations or creative productions based on our imagination

Welcome to Konstantina Vidou, new co-editor at the...
Share summaries of webinars & events

Design workshop to promote awareness towards cultural heritage and sustainability: Lessons from Turkey

“Bring back the Royal Arch!” Dealing with the past in Scotland’s independence city.

[…] The medina as a historic urban landscape by Sarah Ben Salem […]