Natural disasters are often identified in the parlance as 'acts of God', and their human victims, as the costs of encountering a juggernaut. Another typical imagery of calamity is that of nature fighting back, which foregrounds the importance of a balanced ecosystem. However, both these narratives, together with their multiple offshoots, are unfit for an in-depth view of the on-ground political economy of land in disaster-prone areas. The romantic view inherent in the imagery of nature as deified in a particular way and nature as an oppressed entity striking back betrays both as products of a modernist politics of environmentalism and belies a sharp understanding of the real entanglements of interests on a site. A plethora of ideas may be captured in these stories, but they also miss out a lot. Additionally, they are not themselves transparent in the agendas they motivate.

The discourse on natural disasters is often tied to the massive cliche of sustainability and sustainable development. In fact, the phrase has found such wide usage across interest groups that it can denote entirely different things in different contexts. As a case study, we can consider Uttarakhand, in India. This state was formed from the larger state of Uttar Pradesh (UP) in the year 2000. This formation was a culmination of a revolution of regional citizens, activists, women, students, and politicians, who were responding to rapid shifts in the control of capital away from the state through the development of complex financial and physical infrastructure for the tourism industry. Most of the state's revenue comes from this industry since it houses the interconnected sacred temples known as the Char Dham (the four pilgrimage sites). These receive massive numbers of visitors every year from across the subcontinent and have been the heralds (alongside exogenous pressures on the environments of metro cities) of drawing capital and real estate interests to the hilly areas of the country's north.

In recent years, and most recently earlier this year, Uttarakhand has had to face extreme disasters in landslides, floods, cloudbursts and the like. This pattern is as cyclical as the hurricanes produced by the monsoon winds on either coast of the Indian peninsula. But the reasons behind these disasters are not simply meteorological. This is now a well-established fact. The scale of high-end infrastructure projects and human interventions in a sensitive, young mountainous terrain has produced a highly fragile ecology. Concerning this, I contend that a large proportion of the scholarly literature and discourse evaluating such situations tends to get trapped in a generalized usage of buzzwords to delineate policy reforms.

It must be noted that the vocabulary of achieving sustainable development goals (SDGs) following global climate summits and high diplomacy had already entered, since its initial days, the language of Indian public administration. In fact, the government of Uttarakhand recently adopted into its lexicon a novel concept—the Gross Environment Product (GEP), along the lines of the Gross Domestic Product (GDP), to process a valuation of its environmental components. In my view, the use of rhetoric that superficially seems to represent a commendable ethical position is a sharp flaw in discussing disaster-prone urban contexts. The financialization of the state's economy through its land and natural resources, under the tourism umbrella, has driven incentives for locals both within and outside the governance apparatus to become brokers of real estate. Moreover, this rhetoric is used by factions and stakeholders across the board, from private individuals, journalists, academics and NGOs to organs of the state, creating a market for the discourse itself in lieu of the issue. Throughout this essay, I move from examples of highly generalizable narrative strategies to particular rhetorical tactics to highlight the systematic exclusion of a political economy view that can consider each position's layered politics.

Furthermore, the portrayal of explicitly induced 'natural' disasters as issues that can be dealt with gradually with the magic wand of 'sustainable development' and a 'conservationist ethos' is a smokescreen. It glosses over the actual suffering of human victims of such crises. It depicts such events like the recent flash floods in the state as isolated, dichotomous fallouts inevitably incurring damage to the lives of unprotected labourers, workers, and unorganized masses. The modernist paradigm of nature-versus-developmentalism falls flat in an intensified realm of multilayered interests—the ownership of temple trusts, local commercial aspirations, the political figures representing them, a bureaucracy implicated in state capture, a large influx of internal migrant labour, pro-environment NGO/activist groups, and finally, the zones of the land itself as an active force (symbolically or literally). To reiterate this specifically in the context of disasters, it is visible that the status quo reproduces systematic inferiority of contract-based labour groups employed in large infrastructure projects like the construction of roadways, dams and bridges.

On this, we must pin a characteristic crisis of Southern urbanism, in the form of a "persistent disconnect between capital and labor, which gives rise to urban governance regimes geared toward the transformation of territory rather than the 'improvement' of populations". To uncover how this disconnect plays out, we need critical geography of the urbanscape that interrogates the materiality of economic processes, the everyday occupancies on land, its regularization and accumulation as a resource, and its own native history beyond a unidimensional postcolonial reading. Only then can we start planning for resilience. 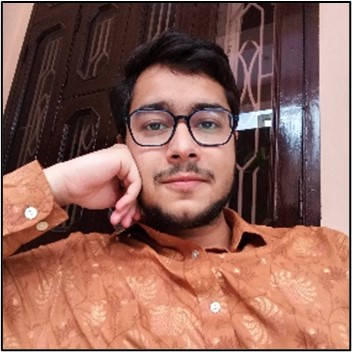 Jayat is a senior at the Master’s in Development Studies program at the Indian Institute of Technology Madras, and Don Lavoie Fellow with the Mercatus Center at George Mason University. His research interests lie at the intersection of critical urban studies and constitutional political economy. He has written on the effects of COVID-19 on India’s internal labour migration. In 2019, he received the UN Millennium Fellowship for student leaders working on issues tied to the SDGs. Please reach out to him on This email address is being protected from spambots. You need JavaScript enabled to view it. or LinkedIn.

Operationalizing the 'Just City' – Annual conference of the AESOP Thematic Group of Ethics, Values and Planning.