Scanning for disturbances in Munich: Resilience for the prosperous

Editor's note: This post is a short paper that was submitted to the URNet conference 'Reframing Urban Resilience and Implementation' held in Barcelona in the winter of 2018.

Summary: To master the crisis of unlimited growth in limited boundaries, even prosperous cities have to develop methods of self-analysis and self-surveillance and create spatial manifestations of resilience.

The interesting thing about the word resilience is that the power of resistance meant by it should not be understood as opposition. 'Resilience' does not mean building a wall to keep Central American refugees out. It is the mastery of adapting to difficult situations; the capability of enduring crises without negatively affecting the existing order. A prerequisite for this mastery is the accessibility of resources and structures held available and prepared for this purpose. Just like preparing for it the effect of resilience is not a static event but rather a time-related, dynamic process. Its goal is securing the status quo.

Every urban agglomeration is a system of order aimed at retaining itself. Once this system faces external influences perceived as threats, the effect of its resilience emerges. When it comes to processing disasters such as earthquakes and floods, epidemics and droughts, we don't doubt about the need of resilience. It’s a different story for “successful” cities, where inhabitants often relate their status as already representing a sign of resilience. Appearances can be deceiving. I have been living and working as an architect in Munich for some 20 years now. Raised in the countryside, I was forced to go to the big city to find work, like many others back then and today. The Munich of today lies in a beautiful landscape, is clean, rich, is considered the safest city in Germany, offers cultural highlights, has exemplary green zones and a self-confident bourgeoisie.

How can the concept of resilience be associated with these prerequisites?

Thanks to the fact that Munich combines all the above-mentioned features under the umbrella of quality of life but also due to global, national and regional developments, the city has been experiencing strong population growth for some years now. Over the course of the next 20 years this unlimited growth will boost the current population of 1,550,000 (2015), to 1,850 million people in 2035, according to the latest demographics’ reports.

No reason to panic or to be resilient, one would say. Growth is a term with a positive connotation, after all. It only mirrors the trend of the last years and the peaks from the refugee crises are no longer reached. Also, a city that effortlessly manages to host more than 5.5 million people during Oktoberfest, should have no problem dealing with a mass influx of people. But there is a problem, and it is clearly illustrated by the way millions of visitors attend the annual Oktoberfest. Those visitors don't need permanent housing, kindergartens and workplaces and don't drive their own cars due to alcohol consumption. They thus require almost no room. 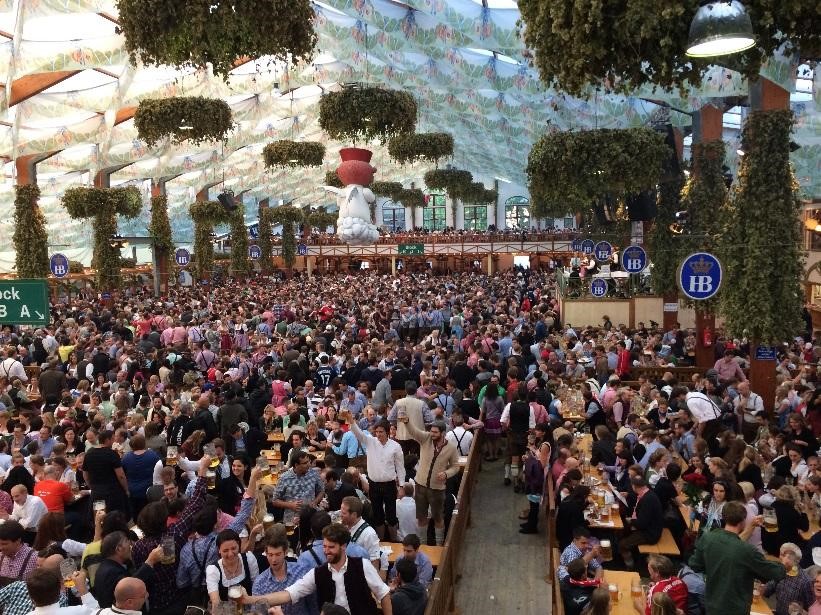 But new citizens will all the more. The city, however, has no prepared capacities for such a growth. It is surrounded by strong, financially and politically independent municipalities, that do not offer any possibility of external expansion. Furthermore, at the same time as for Munich, the entire metropolitan region is growing as well too. Parallel to this stress, there is the already heavy commuters’ traffic. Today, 380,000 workers commute to the city. After deducting those who leave the city to work outside, this leaves 200,000 people who have to be set off against the urban population every working day. The number of these people will also inevitably increase. This might seem laughable compared to the Shanghai-Hongqiao train station with its 400,000 passengers per day. The difference is: Hongqiao has been designed to cope with such numbers. Munich’s infrastructure largely goes back to the time of massive building efforts initiated for the Olympic Games of 1972. For the following thirty years, Munich’s population has barely changed. The influx of more than 200,000 people since 2006 and the accompanying doubling of commuter traffic alone has not only pushed the infrastructure to its limits, it is on the verge of collapse. The decided new construction of the main station and the extension of the second S-Bahn trunk line will not prevent this.

The constantly increasing spatial requirements of the population and the traffic together with all other associated problems such as scarcity of affordable living space, gentrification, noise and congestion, represent the greatest challenge for the city since the end of WW II and the subsequent reconstruction. All of this was noticed too late. The control measures introduced are having far too slow an effect. Long processing periods result from the necessary coordination with a large number of participants, due to changing political objectives and changes in legislation. Urban acupuncture measures are taken in haste now with the aim of repairing a street here, a district there. In all this hectic rush, Munich has already been referred to as a ‘swarm city’. A term used for cities invaded by a young migrant population reminiscent of a swarm of birds. The development thus takes on an almost biblical dimension – one thinks of the punishment of the Egyptians by invading swarms of locusts. But this is only a distraction, because the immigration curve has been showing the same trend for 10 years. Nothing about it is acute.

Limitless migration was simply identified too late as a permanent fact and not only as a temporary phenomenon. It just cannot be stopped. The changeable factor therefore is not the extent of migration but how to deal with the existing urban fabric.

It’s a grotesque situation: Because of prosperity, cultural and economic appeal Munich is heading towards a crisis that will not yield any acute effects -like an earthquake or a flood- but will still cause lasting damage to the urban system of order. Specifically, this was exemplified as early as summer 2018 when citizens rallied in front of the City Hall in the form of novel massive demonstrations to demand the creation of new living space and alternative traffic concepts. The city lacks a sustainable and adaptable vision for the city’s future. It lacks a flexible master plan for dynamic growth within its limits.

With the help of a number of supporters our office faces this task and is currently preparing a visionary exhibition. The goal of ‘Munich 2050’ is to create an agenda that looks so far into the future that rushed problem solving could be turned into a structural handling of the challenge of growth. 'Munich 2050’ means to constantly scan and question the most essential elements of the urban infrastructure using the means of architecture and urban planning. In this sense infrastructure not only comprises streets, bridges, above- or underground supply facilities, but includes also cultural, local recreation and sports facilities.

All these have to be regularly checked for their functionality. For every structure assessed the focus should be on questions, like:

Planning 30 years into the future requires guts. But it’s the only way to create a vision for the city’s inhabitants that they can get used to and to give meaning to citizen participation and discussion.

‘Munich 2050’ will therefore be an assessment of the status quo and in the future be subject to the same changes as the city itself. Once prerequisites change, one also needs to change targets and processes of the agenda. 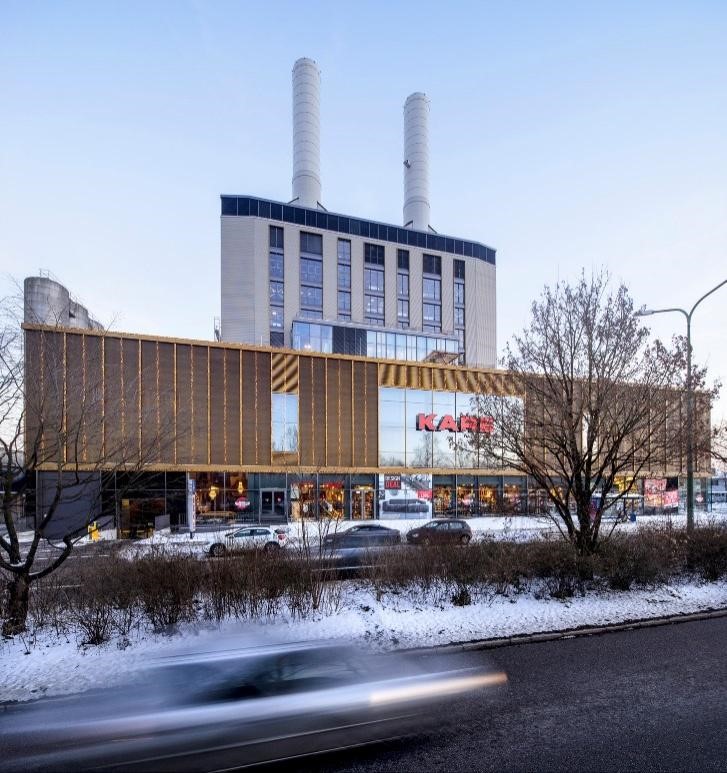 Kraftwerk and the power of re-use - picture credit: Sascha Kletzsch, 2017

The trigger for our involvement with this topic was a project which took several years – the revitalisation of an obsolete former thermal power station in Munich. Some had already called for its destruction but we managed to establish a new value structure for the building. Today, the multi-functional building provides a new centre for the surrounding district.

We realised how much potential the conversion of previously unnoticed urban infrastructure has and actively started looking for more of such potential. Following the successful completion of this project we were again entrusted, among other projects, with the revitalisation of a large piece of infrastructure, a former heating plant that had been vacant for 40 years. In the next few years, a gastronomic and cultural centre will be built there on the border of two districts. 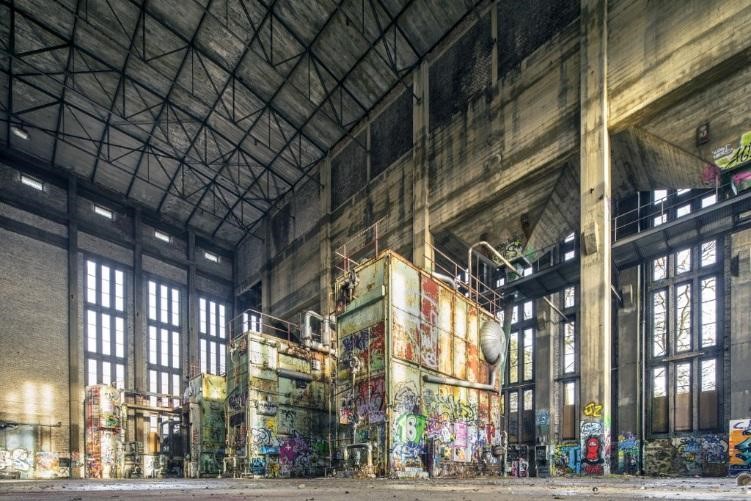 Such lighthouse projects are not suitable for large-scale residential construction; they do not solve problems of space. And yet they are located at the central seams of the city and offer the potential to make important functional additions to the urban space. They testify to the ability of obsolete infrastructural machine envelopes to be renewed.

To realise large living spaces, however, one needs to approach other areas of infrastructure and use different methods, e.g. to cover areas for flowing and stationary traffic. In Munich, this is already being considered. Retail chains have agreed to talk      about building structures on top of their parking areas, possibly to even act as developers themselves and to include new living space in their product range. 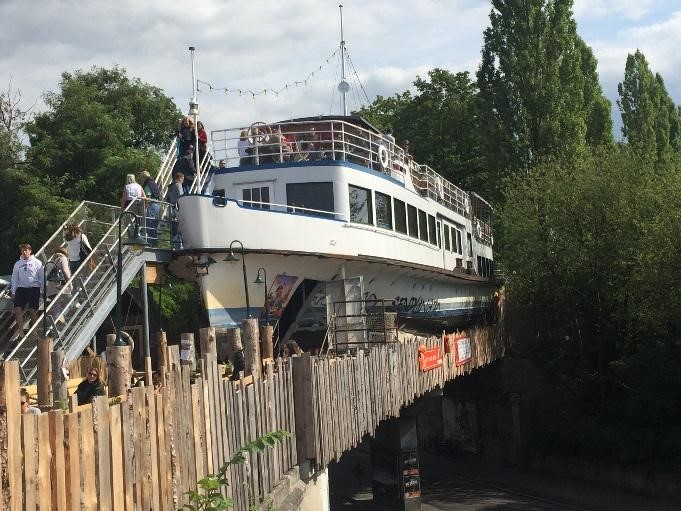 The temporary acquisition of urban infrastructure is already being implemented in the form of pop-up architecture, also a pretty exciting development for Munich. Linked containers, an old excursion boat on a railway bridge, a roof garden on a multi-storey car park. Such impetus remains sporadic, however. Picturesque, immensely popular and lively, but in the end weak in the light of the gargantuan task of providing space for flats and jobs for 15,000 new citizens every year. The ‘Munich 2050’ agenda therefore will point out a large number of comprehensive measures to respond to societal change, e.g.:

In all of this, we must not forget to avoid the big mistake made in international urban development in the past century: the irrational belief that everything has to be done exactly the same way even outside the respective city in question. Barcelona has different problems. So do Rome and Zurich. One possible solution, however, could be interesting for all of them: implementing an independent foundation-funded task force with a multi-functional and multi-disciplinary membership. This would be a commission of regularly elected and temporarily awarded experts that has the courage to hold on to a vision and to work on the spatial manifestation of resilience, especially in cities that seem to be working well at first glance.

It’s up to us as urban planners, engineers and architects who have the training to carry out the potential research for this. It might be a possible, wonderful future for our respective professions.

I would like to thank Mr. Amberger of the ALLGUTH company for the data concerning the issue of the petrol-station of the future. My special thanks are extended to my partners and the staff of my office, Stenger2Architekten und Partner.

The author declares no conflict of interest

Social disruption and complexity: Transformative p...
How planners can play a key role in addressing the...

How can colour contribute to fostering urban justice?

On participation and neighbourhood planning