Games for better planning and participation 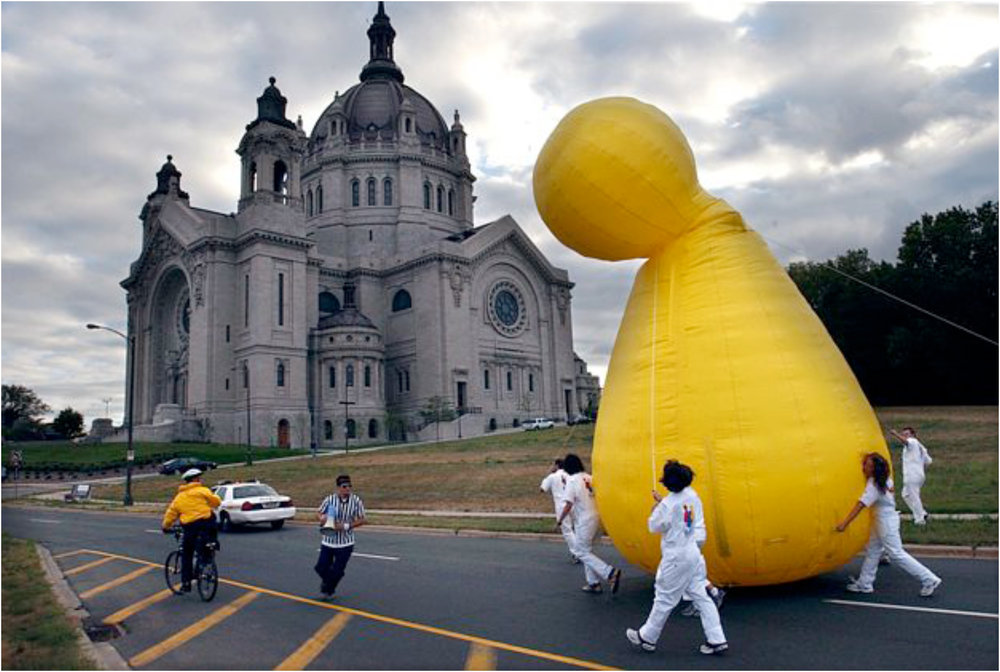 Games entered the planning domain in the 1960s. Early games focused on simulating the relationship between urban policies and regulations, land-uses, population dynamics, infrastructures and ecology (e.g. CLUG by Allan Feldt and Metropolis by Richard Duke). In the course of development, games diversified their repertoire, focusing, among other topics, on participatory design and planning (e.g. Design Games by Henry Sanoff). Games, which pursue involving stakeholders in all sorts of participation exercises are referred to in the current article as “participatory games”. Due to their structured goal-oriented nature, fairness and transparency ensuing from the rules, games are capable of becoming efficient participation methods at certain planning phases. The post provides a summary of the article on potential applications of participatory games in planning. The full article is available at the author’s Research Gate profile.

Increasing global connectivity and digital literacy among all social groups gave rise to online crowdsourcing games, which enable sourcing and sharing geo-referenced content, such as images and text. Online crowdsourcing games employ either web platforms (e.g. CommunityPlanIt!), or applications for mobile devices (e.g. Täsä). Provided the Internet connection, online tools enable sharing content any time and from any location, for instance, while waiting for a bus at the bus stop, thus, reaching out to larger number of participants (e.g., 1,043 players in Community PlanIt! game in Detroit and 780 players in Täsä game in Turku) and involving the usually underrepresented groups, such as young adults. The players' experiences of the environment captured through online crowdsourcing games can potentially contribute to the knowledge base for the forthcoming spatial plans and policies.

As as spin-off of the core activity, which is outlined in the game narrative, location-based leisure activities and games generate planning relevant data. If correlated with other GIS data, the generated data may provide insights into various topics, such as outdoor recreation preferences (Geocaching), hyperlocal places (Ingress), public space qualities (Pokémon Go), and places of interest for the youth (Urban Shaper. Data generation games are potentially useful in the context of decreasing participation rates, as well as while stated and actual preferences about the environment diverge.

Games, which transcend the boundaries of the game, the “magic circle”, and invade into public spaces or involve outsiders, are referred to as “pervasive”. The interest in “pervasiveness” in relation to participation was fueled by the success of commercial location-based leisure activities and games, discussed in the previous section. Non-commercial pervasive games, designed for participatory purposes, vary from multi-player to single-player games. Multi-player games, such as Big Urban Game and ZWERM, transform the public space into playground, pursuing community building and awareness raising about urban issues. Single-player games, like Geo-Zombie and Change Explorer, encourage certain location-based actions, aiming to collect spatial data, as well as to attract new participants by means of game elements.

Communication in traditional participatory methods, such as surveys and public hearings, is usually limited to one- and two-way information exchange, where participants state their positions. Furthermore, such interactions are usually unstructured and dominated by the narratives of the vociferous individuals or groups. Due to their regulated nature, board games foster structured small-group deliberation between players enabling dialogue building and diversification of narratives (e.g. Community Conversational). Role-play games, in turn, encourage players to take on unusual roles, thus, practicing the art of reasoning and arguing from the perspective, which is different from their own (e.g. Play Noord). The latter enables players to transcend the boundaries of their positions and develop empathy towards alternative perspectives.

A share of participatory games focuses on education with no intention to produce planning related outcomes. In-game learning represents a set of progressive challenges with continuous support and instant customised feedback enabling active learning (or learning by doing), which is believed to be more efficient than passive learning (e.g. lecturing). Games provide space for experimentation, which allows exploring a range of choices and their ramifications without facing real-life undesirable consequences in case of failure and receiving in-game reward in case of success. Participation games may play out real-life situations by setting challenges and modelling possible responses, and, thus, prepare players for real-life action (e.g. Water Management Game).

Participatory games usually create frameworks for collective design activities, but rarely invite players to shape these frameworks. Traditional literature on game design advocates for a completed unambiguous set of rules as a prerequisite for any game. Emerging literature on game design explores the opportunities for game co-design. The latter, arguably, aligns games with players’ preferences, mitigates the knowledge gaps (especially, if a game tackles controversial issues) and enables civic learning. Game co-design sessions encourage players to play around with a barebones game prototype, populating it with narratives and rules (e.g. Energy Safari, City Makers, Participation Game). It is essential, that co-design sessions involve either perspective players or players with relevant professional knowledge.

Games throughout the planning cycle

To sum up, participatory games exhibit potential to be applied in all planning phases, from initiation to maintenance. In the initiation phase games may source information from the residents, thus, building the foundation for the forthcoming plan or policy. In the design phase games may aid in developing and negotiating planning decisions through deliberation. By fostering community cohesion, games may shape actor networks, which facilitate implementation of plans and policies, as well as the maintenance of new public spaces. Furthermore, through education and co-design games enable understanding, questioning and reshaping current planning concepts, leading to the more efficient planning and participation in the future.

Viktorija Prilenska is a PhD candidate at Tallinn University of Technology, architect and urban planner, as well as a co-founder, board member and project manager at NGO Urban Narratives. Viktorija holds a Diploma in Architecture from Riga Technical University (2009) and a Master of Science in Urbanism from Delft University of Technology (2012). Her PhD research deals with games for better community engagement in urban planning. Her research interests, also, include planning for sustainable mobility and energy, city branding, and the use of natural phenomena for shaping the built environment. Her professional competences encompass spatial planning from neighbourhood to city, development of building regulations, interior design, design of outdoor structures, and building refurbishment. She is interested in networking with fellow researchers, planners and architects, and for developing research and practice related collaborations.

[…] Games for better planning and participation by Viktorija Priļenska […]