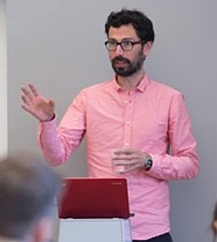 Ignacio Farías is assistant professor at the Munich Center for Technology in Society and the Department of Architecture of the Technical University of Munich. His research interests lie at the crossroads of urban studies, science and technology studies and cultural anthropology. His most recent work explores the politics of urban environmental disruptions, from disasters to noise, as well as the challenges of technical democratization, especially in the context of smart city projects. Together with Anders Blok, he has recently co-edited Technical Democracy as a Challenge to Urban Studies (City, 20(4), 2016) and Urban Cosmopolitics: Agencements, Assemblies, Atmospheres (Routledge, 2016). 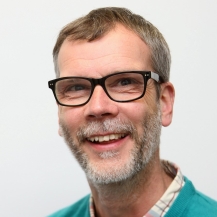 Richard Kingston is Head of the Department of Planning and Environmental Management and Professor of Urban Planning and GISc at The University of Manchester. For the past 20 years he has been carrying out research and development on participatory decision support solutions for smarter cities. The overarching aim of his research is to enhance public involvement and participation in shaping the future of our cities and regions. You can find further details of his research and links to his publication on his website @ http://www.ppgis.manchester.ac.uk/. Richard is also Deputy Directory of the Spatial Policy Analysis Lab and sits on the management board of the Manchester Data Science Institute. He has worked in public and private planning practice and also at the University Leeds’ Centre for Computational Geography where he first developed web-based PPGIS software, before moving to Manchester in 2003. 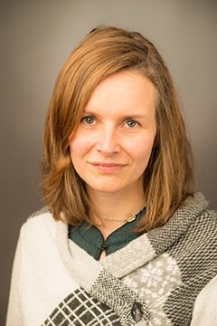 Sabine Knierbein (Graduate Engineer Landscape Architecture, 2004; Dr. phil. in European Urban Studies, 2009) is Associate Professor for Urban Culture and Public Space at the Faculty of Architecture and Planning, TU Wien, Austria. Since 2008, she directs the Interdisciplinary Centre for Urban Culture and Public Space at TU Wien. She has worked on public space for over fifteen years, and has published in English, German, French, Spanish, and Portuguese. She is founding member of the AESOP Thematic Group for Public Spaces and Urban Cultures and currently coordinates the group. Knierbein has worked as expert member of conference advisory boards in several countries (Austria, Belgium, France, Germany, Portugal, Turkey, a.o.) and as expert on public, civic, and social innovation both at municipal and national policy design level. Her current research interests are: critique of everyday life, new forms of alter politics and global urban restructuring, relational praxis, post positivist planning theory (2nd generation) and revisions of postmodern urbanisms. She is co-editor/editor of: Public Space and the Challenges of Urban Transformation in Europe (2014), Public Space and Relational Perspectives – New Challenges for Architecture and Planning (2015), City Unsilenced! Public Space and Urban Resistance in the Age of Shrinking Democracy (2017, forthcoming) and Public Space Unbound. Urban Emancipation and the Post-Political Condition (2018, forthcoming), all with Routledge. She has peer-reviewed articles for several journals (JOLA, International Planning Studies, Sociology Journal, Urban Studies, Environment and Planning A) and is member of different professional networks relating to urban studies, among them AESOP, ESA, INURA and EURA. 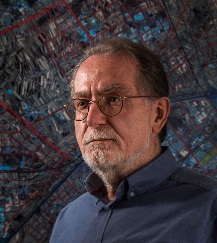 Klaus R. Kunzmann (born 30.09.1942, in Karlsruhe, Germany) studied architecture and urban planning at the Technische Hochschule München (1961 to 1967) and received his Ph.D. in urban planning from the Technische Universität Wien, Austria, in 1971, where he had a position as lecturer in urban and regional planning at the Faculty of Architecture until 1971. Thereafter he worked with international Consulting Engineers in Germany and Thailand. From 1974 to 2006, he was Professor and Director of the Institut für Raumplanung (IRPUD) at the School of Planning, Technische Universität Dortmund. From 1994 until his retirement in 2006, he held a personal Jean Monnet Chair for European Spatial Planning.

As director of research at the Institut für Raumplanung of the University of Dortmund (1974 to 1993), and as chair holder for European Spatial Planning (1993 to 2006) he has initiated and coordinated more than 50 basic and applied research projects supported by national and regional governments, and research foundations. As German representative, he co-operated with his research staff participated in a number of transnational European research projects supported by the European Commission.

In 1993 Klaus R. Kunzmann was awarded an honorary membership of the Royal Town Planning Institute (RTPI), London, and, in 1996, he received an honorary Ph.D. from the University of Newcastle-upon-Tyne, UK, and the German "Bundesverdienstkreuz" for his public services to the State of North Rhine-Westphalia. Since 1995, he is an elected member of the German Akademie für Raumforschung und Landesplanung. In 2006, he was elected Citizen of the Ruhr in Germany, and awarded a Honorary Member of the Association of European Planning Schools (AESOP), which has been established in Dortmund upon his initiative in 1987.

His ongoing research interests are innovative urban policy and European spatial planning, regional restructuring and slow regional development, the role of creativity, knowledge and the arts for spatial and endogenous economic development, and, more recently, on the darker side of smart city development.